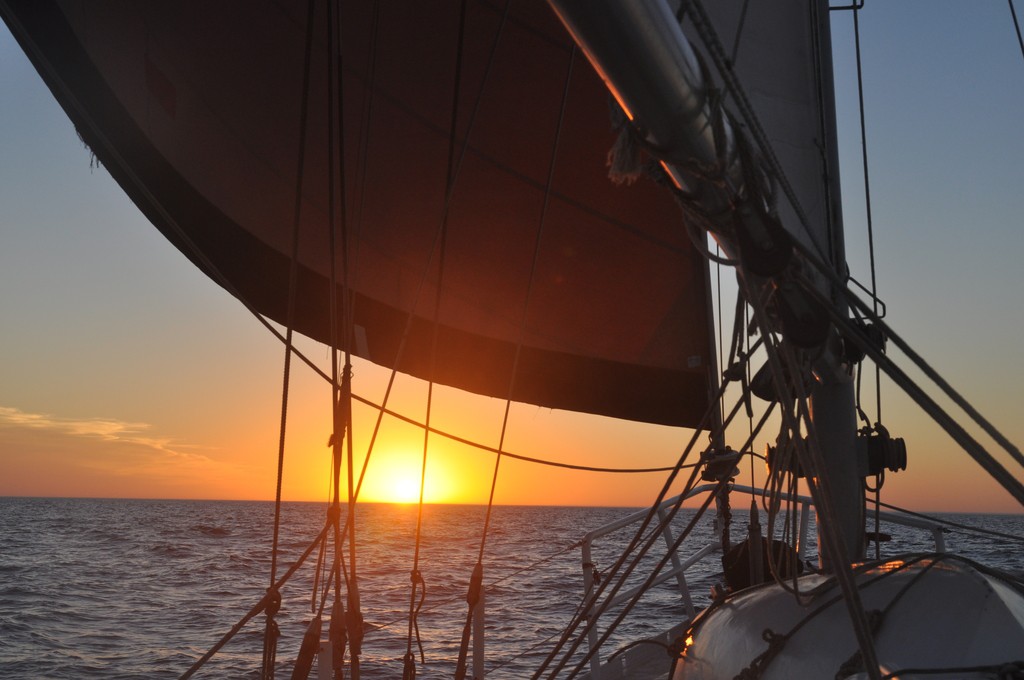 We spent more than a week in Mar del Plata before the weather finally changed in our favour and presented us with the opportunity to continue south – but before embarking on the tale of our next little hop, we’d like to share a couple of photos of some of the people who we met in that port. In our last postcard we mentioned an old codger who’s been fishing here since he was 14. Now aged 90, Attilo is still fit enough to take himself out sailing when the weather is fit. 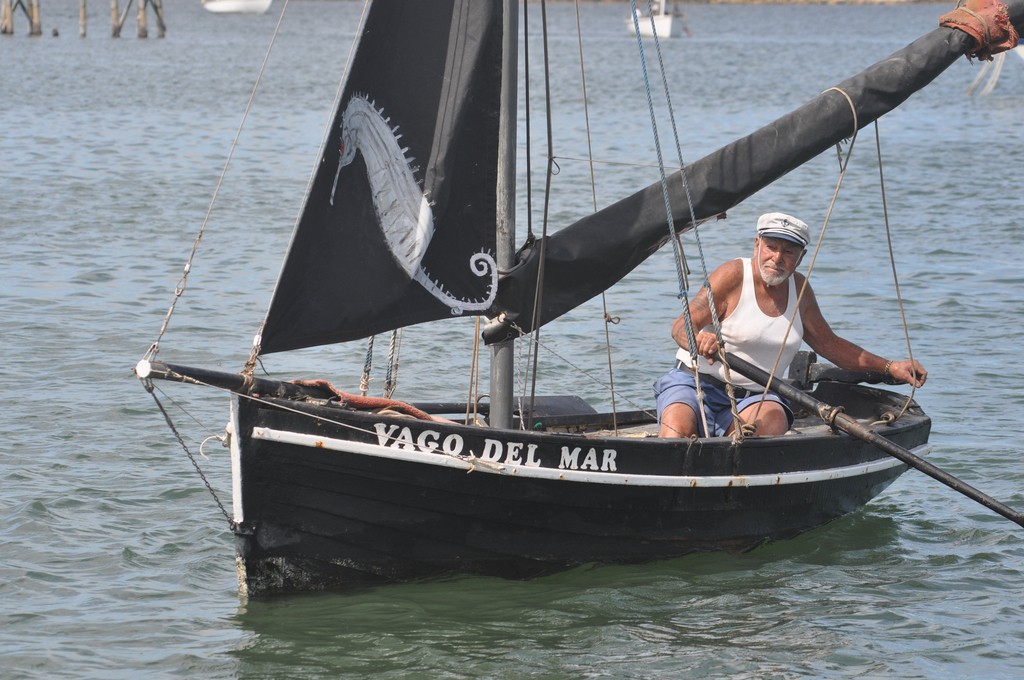 Also passing through Mar del Plata were three French cruising yachts, one of which is shown in this next picture, sitting in front of a golden sunset. Her skipper brought her all the way round from Puerto Montt, in Chile, via Cape Horn – and all without stopping to admire the scenery! The trip was made alone, and it took him a month. A few days after arriving, the man woke to find himself paralysed all down one side of his body… and he remained in that condition for two days! There’s no moral point to this tale – I’m certainly not trying to put anybody off singlehanding – but it’s certainly rather scary to think what would have happened if this sailor had suffered his stroke while he was riding out a gale. 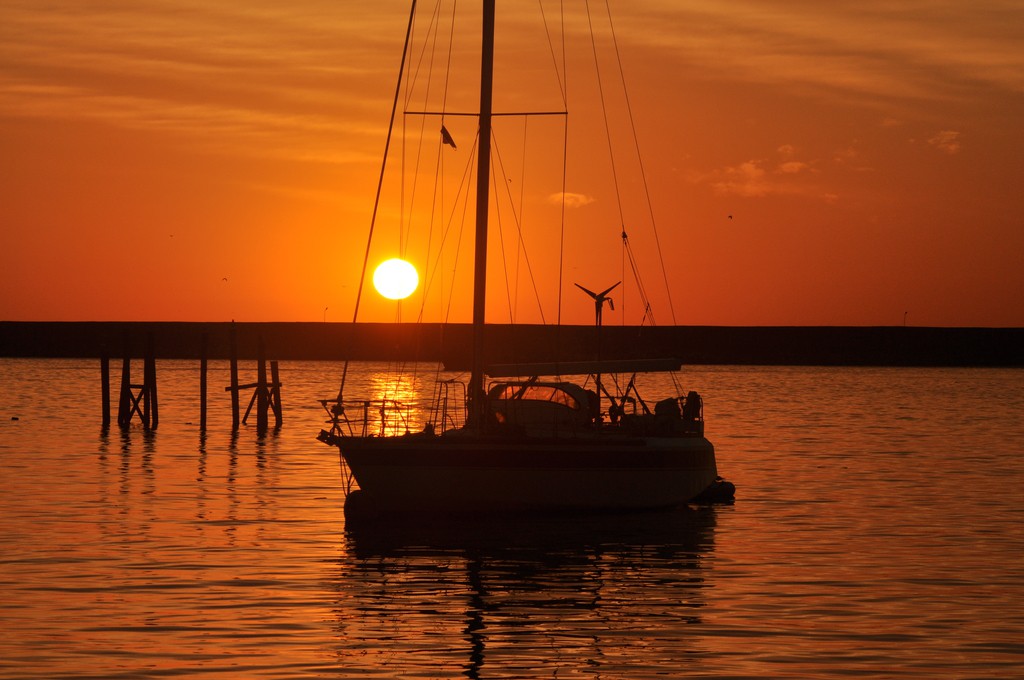 We left Mar del Plata as soon as the wind went into the north. After a rough sail round from the River Plate, and having endured many very cold passages off the coast of Uruguay, we expected the next leg of our journey to be bitter – so it was a lovely surprise to find ourselves needing to wear nothing more than our birthday suits! 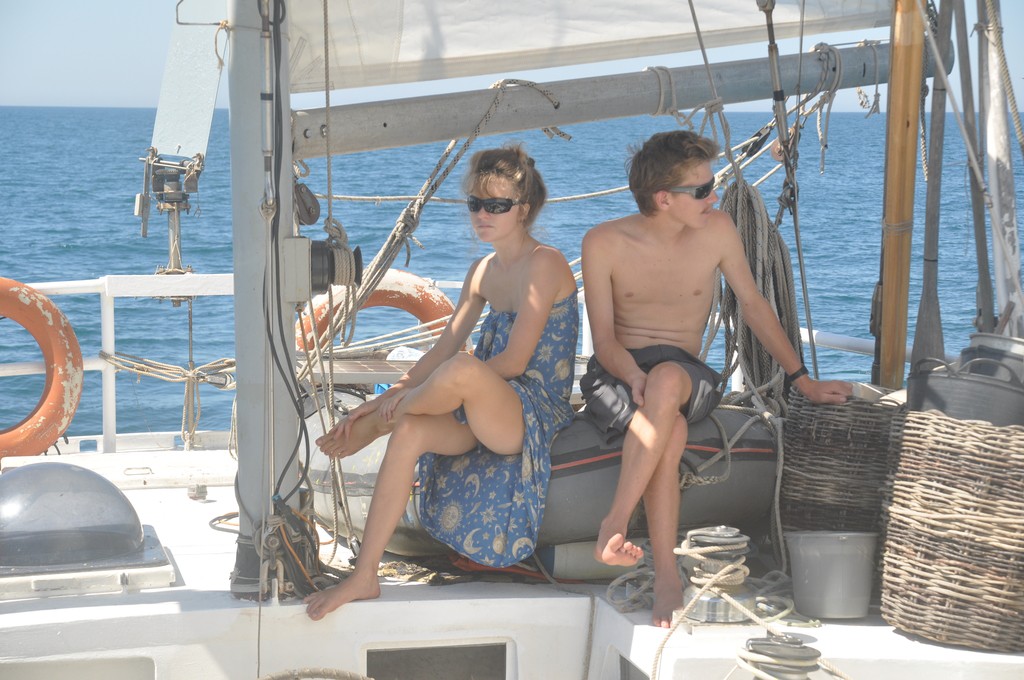 We were also delighted to have the company of dolphins on almost every day – and very sociable dolphins, at that. Dolphins like to bow ride, but for much of the journey we were only pootling along at two or three knots. With no bow wave to ride, these Common Dolphins came to the stern and looked up at us. 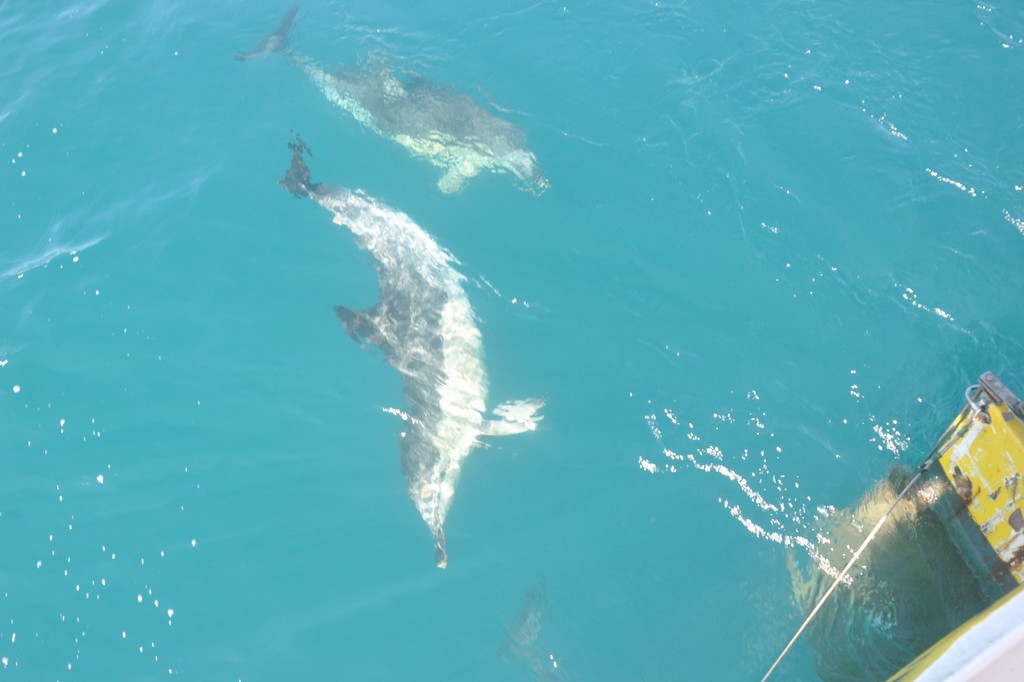 There are probably not many people who can sit and watch dolphins from their bathroom. 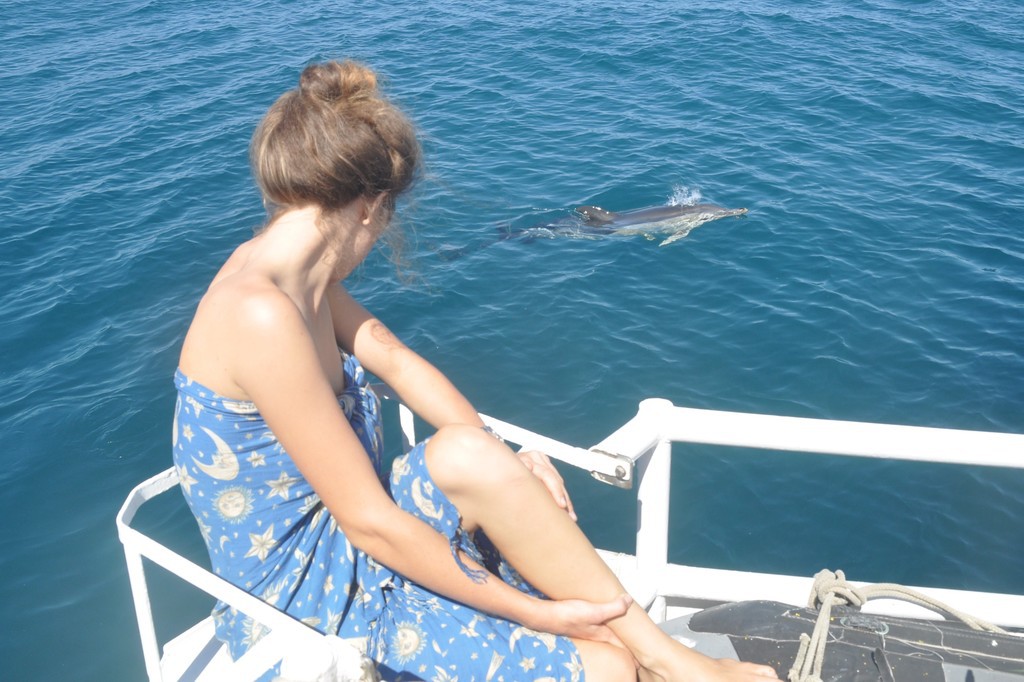 Amongst the various schools which came to see us over the course of the journey were several containing babies and youngsters. The smaller they are, the closer they stick to their mums – or vice versa. 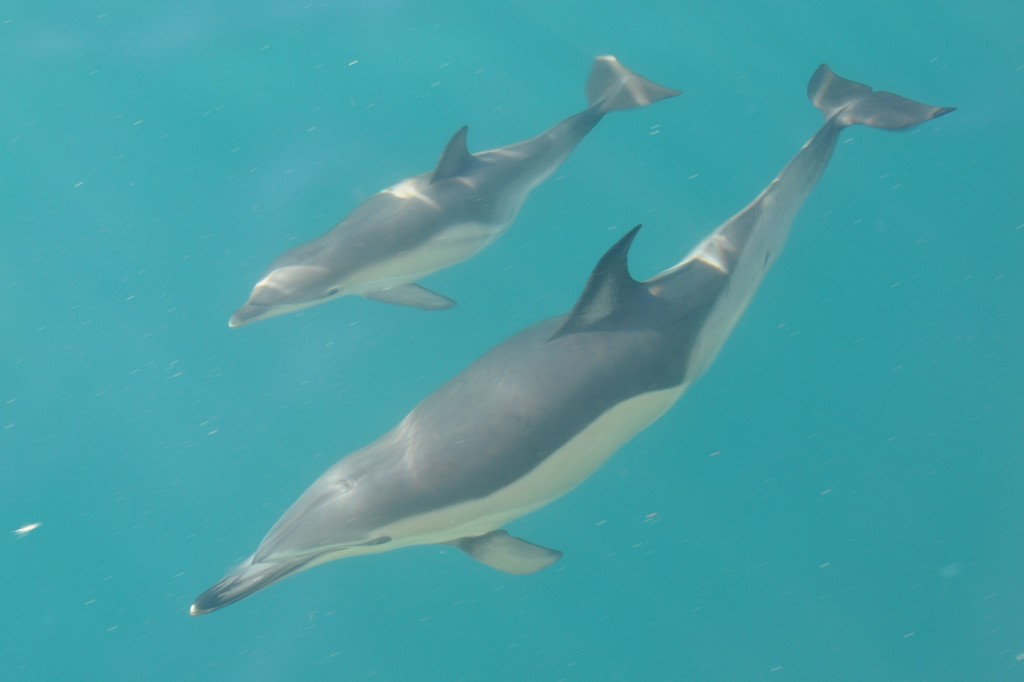 We arrived in San Blas after a very pleasant three day passage. The “town” which we had expected to find here turns out to be a very small community set up to attract and serve sport-fishermen. Everyone is very friendly and welcoming, but the anchorage is not ideal. The depth is 22 metres and there’s always a strong current running, often in opposition to the wind. After a couple of days we moved across to the mud-flats on the far side of the river. 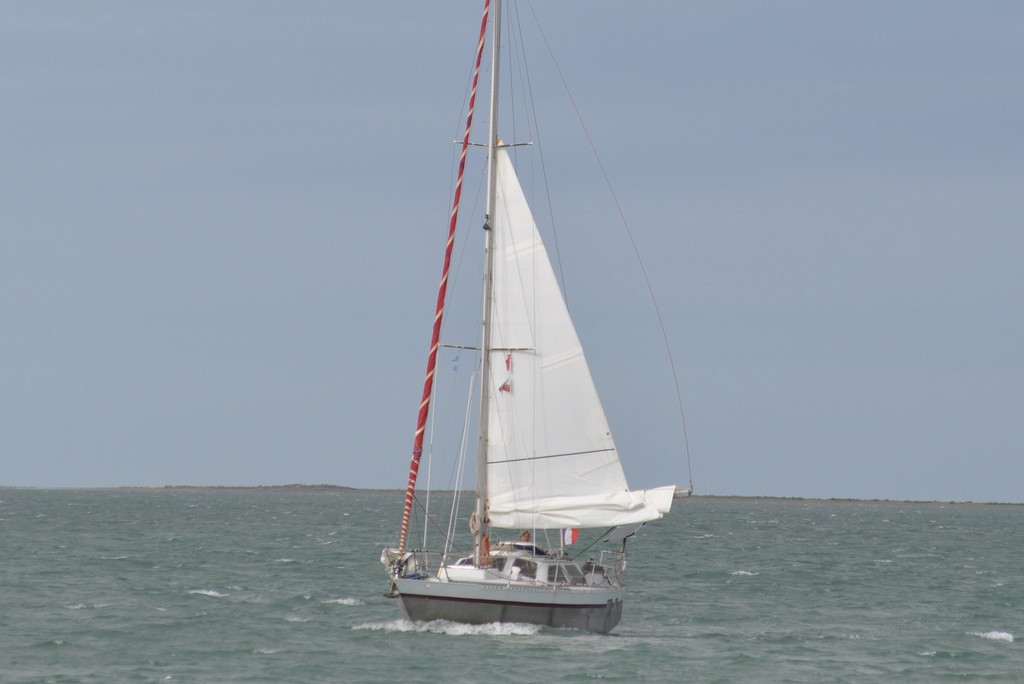 The day after our arrival in San Blas were joined by one of the French yachts from Mar del Plata. The crew of Skol plan to spend a few weeks here, enjoying the wildlife. The only wildlife that we’ve seen is a flock of flamingoes which forage on the mudflats close to our new anchorage – but perhaps they’ll find more in the lagoon which lies upstream of the village. 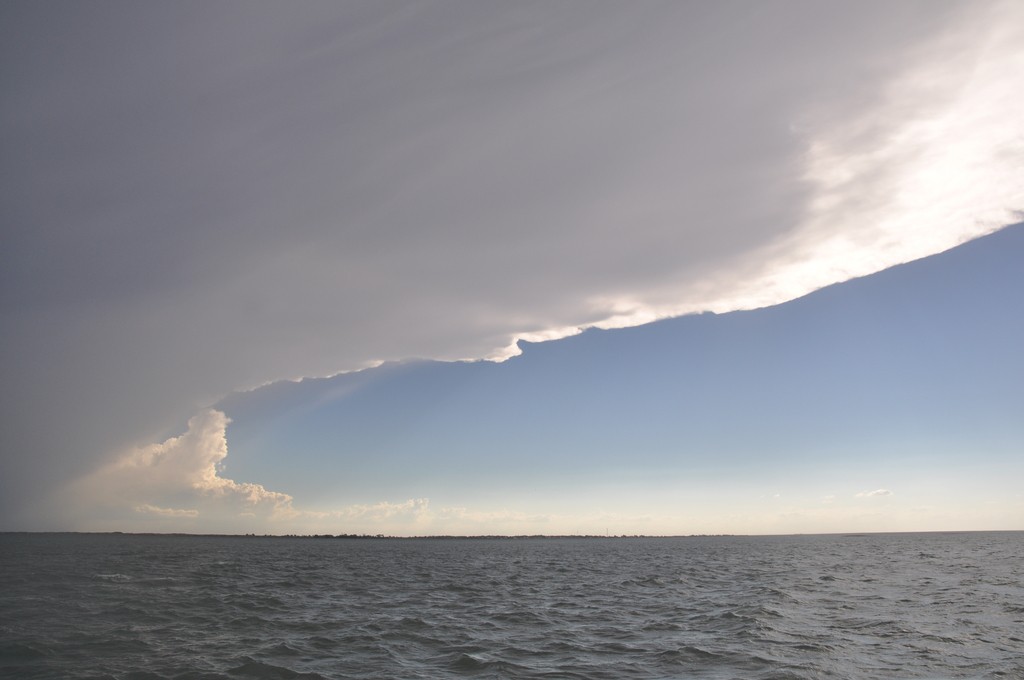 After a week of rather wild and unsettled weather, the Mollymawks are now weighing anchor and continuing on our journey south. Next stop… Peninsula Valdez? Janssen? Caleta Hornos…?