The winds in the region of the River Plate follow a predictable pattern, swinging perpetually around the clock, but the speed with which they swing is very variable. Eager to avoid having to slog into a south-easterly, we left the estauary while the wind was still in the east and still blowing quite strongly (f6), and so we had a hard beat out into the sea. As Mollymawk galloped across the uneven plain, the greasy grey-green waters washed over our deck.

However, as we turned the corner and the wind simultaneously veered into the north, we then enjoyed a wind on the beam for the journey south to Mar del Plata.

Mar del Plata is Argentina’s principle seaside tourist resort, but the port is evidently not the main attraction here. It’s a grungy sort of a place, permanently pervaded by the pong of fermenting fish and with its skyline dominated by a derelict grain elevator. The perimeter of the harbour is cluttered with enormous rust-red fishing boats – or rather, with fishing ships. 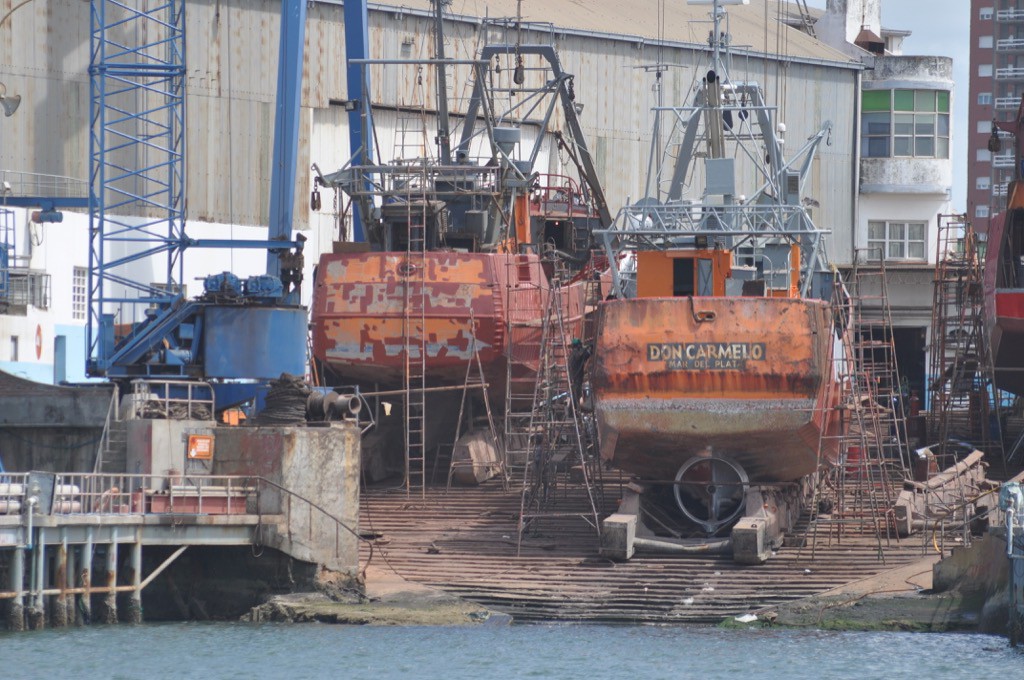 These vessels are part of that Vandal army which is continually rampaging over the ocean, wreaking hideous destruction to the seabed and wantonly annihilating all life; and all so that an ignorant general populace can indulge in fish and chips, and feed Whiskas Finest to Kitty. (Did you know that domestic cats are now the number one ocean predator? And yet this food which we take to be their proper diet is not naturally available to the feline!)

At first glance it would seem that the only natural element in this dreary concrete corner is a flock of some two or three thousand kelp gulls which spends the night roosting on the water. Of course, even this is not natural – they’re here to take advantage of man’s excess, feasting on the waste which the stinking fishing fleet abandons – but it’s quite something to see them rafted up so densely that one could almost walk ashore on their backs. 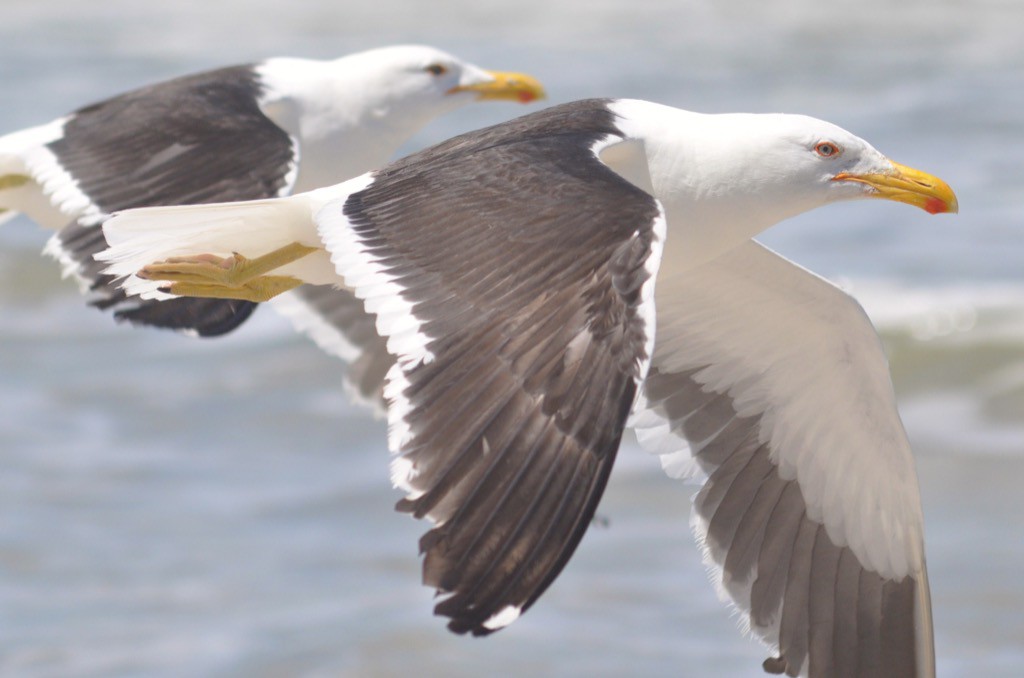 The seagulls are not the only ones to benefit from the presence of the fishing boats. “Where’s the fish paste factory?” we enquired, wrinkling our noses as the south-easterly wind wafted that aforementioned stench towards us – but it turns out that there’s no factory. The offensive smell comes from a huge sealion colony which has established itself on the seawall.

Although its raison d’etre is as a fishing haven, Mar del Plata also boasts a surprisingly strong yachting scene and there are two sailing clubs and a marina jammed into the deepest recess of the port. Having checked out the rather brash-seeming Club Nautico de Mar del Plata, we made our number at the Yacht Club Argentino. This organisation has previously made us most welcome during two visits to the city of Buenos Aires and, true to form, they also opened their arms to us here. Visiting yachtsmen are granted a week’s free berthing! 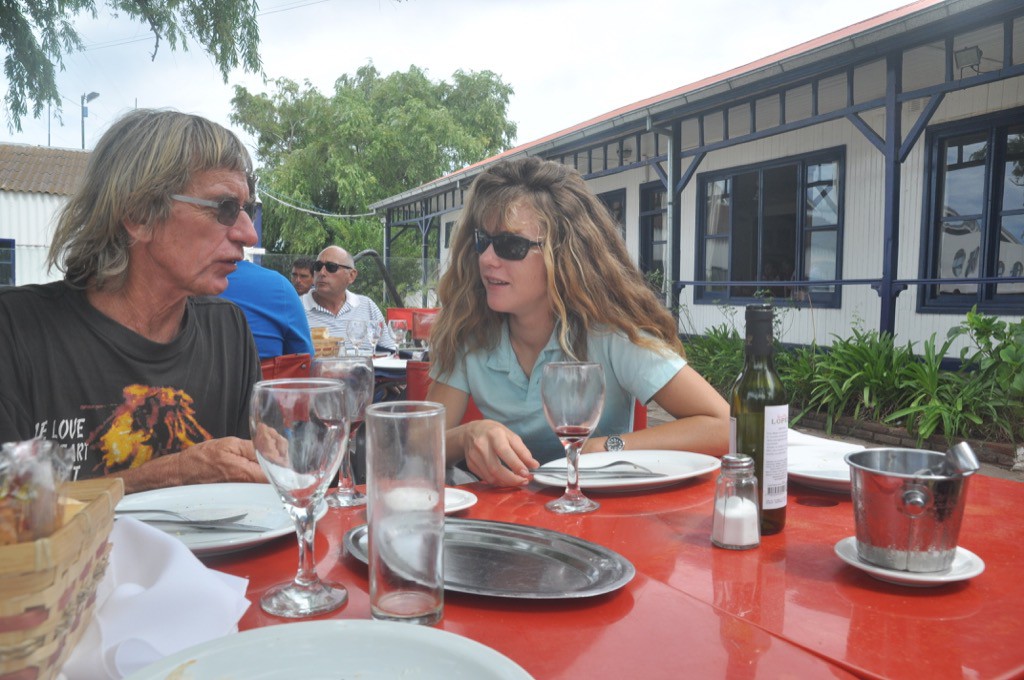 YCA is a relic from the bygone era when this country was run by wealthy Edwardian gentlemen. Disdaining the characterless modern café and tidy concrete boat-sheds of the neighbouring set-up, we spent the first afternoon after our arrival seated on the verandah of YCA’s charming wooden club house, watching the comings and goings of some of the founder members. Or at least, they looked old enough to be founder members; and their dress, mannerisms, and manners would have allowed them to blend in perfectly at the Royal Yacht Squadron.

Sepia photos on the walls of the club-house show the naval yacht Fortuna setting sail in c.1949, and the marina is home to a fisherman who began his career at the age of 14 and who is still putting out to sea on a daily basis, under oars, at the age of 89! However, before anyone gets the idea that the Argentine yachting scene is quaintly behind the times, I should mention the fleet of Soto one-design racers which paid the place a visit during our stay. 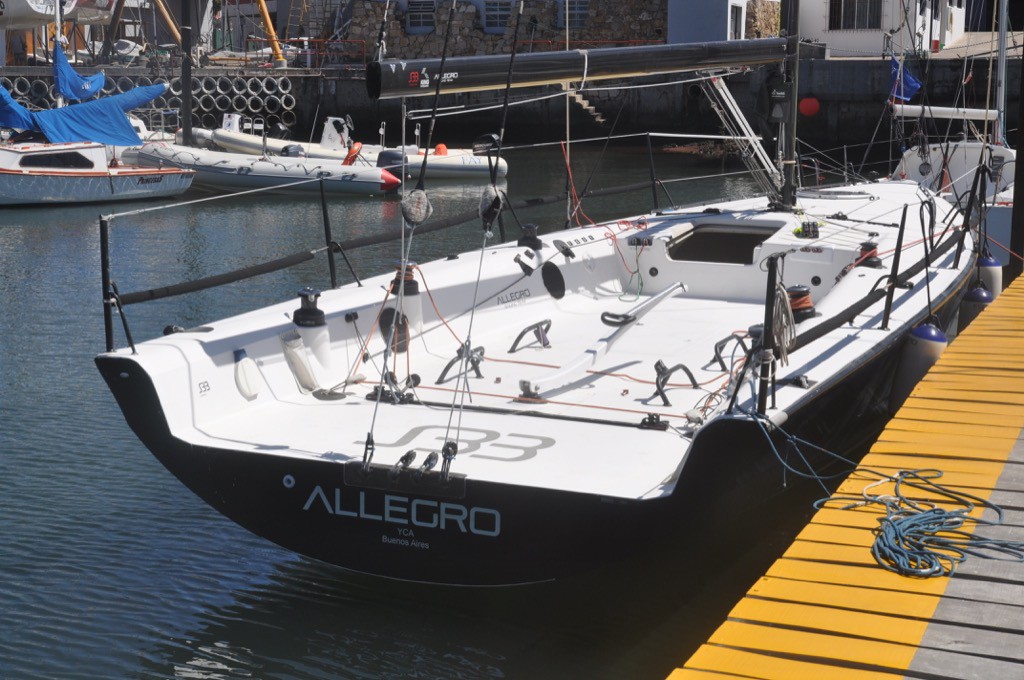 These 40 foot dinghies are made of carbon fibre from top to toe, and they are said to cost 400,000 US dollars…! Our friends tell us that their country’s economy is going down the drain, but – clearly – there are still people here who are doing quite alright, thank-you very much.