His namesake dreamt of ruling the world, but never even glimpsed the lands on the far side of the Western Ocean. Our own Caesar has travelled to countries that the old Roman despot could never have even imagined, but far from becoming a megalomaniac he just wants to do his bit to help. In the summer of 2011 he wants to spend time in Central America, working with Raleigh International. 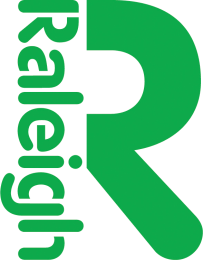 Raleigh is a charity which combines the youth-development aims of Outward Bound or the British Schools Exploring Society with the humanitarian work of the VSO and the environmental work of the World Wildlife Fund. On the face out it, rolling all three of those things into one project seems over ambitious, but the folks at Raleigh have found that they are actually perfectly compatible. Raleigh expeditions last for ten weeks and are comprised of three parts: Community, Environment and Adventure. Each part consists of a project which a small self-led team of young adventurers works to fulfil.

Raleigh began life as Drake. Launched in 1978, the charity’s first project revolved around the voyage of a brigantine (a vessel which is square rigged on the foremast but which carries a gaff main). As the boat journeyed around the world her crew of young people took part in numerous land-based projects, some of which had a scientific or environmental aim whilst the others were community orientated.

This first venture was so successful and so popular that the organisers decided to follow it up with a five year project using a similar modus operandi. This, too, was a big hit, but the biggest draw was not the ship itself, or the circumnavigation; the biggest attraction, so far as the young participants were concerned, was the opportunity to visit somewhere exotic and do something worthwhile. Thus, in 1989, Raleigh moved ashore. They are now based in India, Borneo, and Costa Rica; and Our Boy has chosen to go and lend a hand in Costa Rica.

Costa Rica is not your average Central American country. It is relatively well-to-do and politically very stable. In 1949 the country abolished its armed forces, on the grounds that they were more likely to organise a coup than to keep any enemies at bay. The population is cosmopolitan and non-racist. Health care is good and the literacy rate is just about the highest in the world.

Costa Rica is placed 3rd in the world on the Environmental Performance Index (which rates the way in which a country’s policies are affecting the environment), and the government has vowed that theirs will be the first carbon neutral country, aiming to achieve that objective by 2021. Life expectancy in Costa Rica is 79 years and the country has been placed 1st on the Happy Planet Index (whose premise is that most people want to live long and fulfilling lives, so that the best country is the one which allows its citizens to do so).

With all this to its credit it is easy to see why so many people want to visit Costa Rica, but very much harder to understand why the place might be a suitable candidate for volunteer work and aid. Why would Raleigh want to base themselves here?
For two reasons. Firstly, Costa Rica now ranks as one of the world’s most popular eco-tourism destination. Despite its small size the country contains an amazing 5% of the world’s biodiversity. Around 25% of the total land area has protected status – the largest area, proportionately, of any country in the world – and every year tens of thousands of people arrive to hike in the national parks. The mountain covered forests are home to tapirs, spider monkeys, sloths and squirrels – to name but a few – and the beaches are visited by three species of turtle.
Costa Rica was a pioneer of eco-tourism, and the country is recognised as one of the few which manages this affair in an appropriate, environmentally sustainable manner. With a government which actively seeks to maintain the nation’s “green” image it is an ideal place for conservation projects. Here, Caesar and his fellow volunteers will be able to work hand in hand with local people as they build new trails and viewing platforms, maintaining and expanding the eco-tourism infrastructure in the heart of the jungle.

The other reason why Raleigh base themselves in Costa Rica is that it borders on Nicaragua – and Nicaragua is a very different place. Having suffered a long series of civil wars this country is in bad shape, economically. It is rated as the second poorest country in the Americas (after Haiti), with almost half of the population living below the poverty line. Almost 80% of people get by on less than $2 per day, and almost a quarter are malnourished.
Most of Raleigh’s Nicaraguan projects are community orientated, and Caesar and his team mates will probably find themselves helping the locals to build a new school or bring clean safe drinking water to a remote village. Throughout the three weeks of the project the young volunteers will be living in the village with the families who they are helping – so it’s just as well that Caesar is fluent in Spanish!

Having helped to save the world and done their bit for humanity the young volunteers will then embark on another adventure: a 19 day trek over 250 kilometres of jungle-covered mountain. During the course of this journey they will be taught survival skills, such as the ability to find food and make a shelter, and their ability to navigate will be put to the test. Teams frequently get lost – or so we have read – but hopefully our Yachtmaster will be able to ensure that he and his companions are always on course. What he might find a little harder to cope with are the 4am starts, tough climbs and sore feet.
Having hiked through the rainforest for 10 hours each day for almost three weeks the adventurers will arrive on the shores of the Pacific Ocean, where they will be able, at long last, to relax.

The organisers say that the rewards for all this effort are “the incredible views, the abundance of wildlife” and that beautiful beach at the journey’s end. The tough physical and mental challenge will provide the trekkers with “a huge sense of achievement and the belief that they can overcome anything.” It’s a big claim – but past participants generally seem to agree with it. Raleigh’s website features numerous comments from people who feel that the expedition changed their lives.

“My time with Raleigh was just incredible, no words or descriptions can ever give enough justice to how life changing and eye opening a Raleigh expedition is.” — a Raleigh volunteer

Famous Raleigh alumni include England’s heir to the throne, Prince William, his fiancée Kate Middleton, and the TV presenter Ray Mears. Mears says that it was his experience of trekking in the rainforest which led to the formation of his survival instruction school.

In the course of working together on the three projects the young volunteers will learn many new skills, but the hope is that they will also discover much about themselves and their own abilities.
Having lived all his life in half-built boats and small caravans Caesar will probably find that he is better adapted than most of his team-mates to the “slum conditions” which are likely to be their lot for much of the time. We sea creatures routinely do without such things as baths, hot and cold running water, washing machines, and somewhere to keep the milk cold and the lettuce fresh. Thus, Caesar won’t have any problem sleeping on the floor in a smelly muddy T shirt, and drinking lukewarm water.

Likewise, the life on the ocean wave encourages a high level of self-reliance and cope-ability, so that Caesar ought to be able to pull his weight in the lateral-thinking, problem-solving department. What Our Boy will find novel is working with other young people as part of a team, and operating, in his turn, as their leader. Teamwork is something which is entirely lacking from the Open Ocean School of Life, and opportunities to mix with other teenagers are scarce.
Other areas which will challenge him are not being able to go on line for ten whole weeks (shock; horror) and having to actually get off his butt and do some hard physical work. As for those 4am starts… That’ll be the day; the day Caesar is out of bed before nine!

Clearly, Raleigh have a lot to offer to a young, enthusiastic person – and Caesar, likewise, looks forward to offering his services to them, and to the people of Nicaragua and Costa Rica. But before he can get to grips with the real work the would-be volunteer faces another challenge. Raleigh doesn’t do its own fund-raising. It leaves that task to the young people themselves. In order to participate in the project Caesar has to raise his share of the costs involved. To be exact, he has to find £3,000, plus his airfares.

Caesar is working hard to raise the money. If you happen to be sailing past and you want your hull cleaned, he’ll don his diving gear and do it – and the fee will go towards this project. Likewise, if you want a website built, or you have computer problems which need solving, he’s your man.
Caesar has also held a car-boot sale, and he has one or two other tricks up his sleeve; but, clearly, he’s going to find it hard to raise £3,000 all by himself.

As a matter of fact, Raleigh doesn’t really expect its young volunteers to pay their own way and earn all of this money singlehandedly; rather, the organisation encourages young people to seek sponsorship. If anybody out there would like to get involved in this idea, Caesar would be delighted to hear from you. Alternatively, if you would prefer to put your money directly into Raleigh’s coffers you can head over to Caesar’s page on the Just Giving website and make your donation through them.
Everybody who contributes to the cause will get their name in lights on this page and on Caesar’s Just Giving page – everybody except the shy ones, who can opt out – and you can also leave a comment. If your donation is especially generous we’ll even provide you with a free advertising space on this site.

So, while Caesar and others like him lend their muscles and improve their minds, we can also do our bit to help make the world a better place. Just think of your donation as the lazy way of making sure that Costa Rica keeps its wildlife and the poorer villagers in Nicaragua get the life-saving gift of safe drinking water.